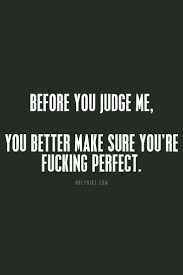 Well it’s nearly another week down, am I the only person who is thinking how is it October already? Well at least that means Christmas is only round the corner :). I hope everyone is feeling well and if you not, then remember that is ok too. I think I am in between; I am neither well nor not well. Which is good because I think I have definitely turned a corner, since these last few weeks have been so hard.
Well there was one thing that angered me this week…

Tip of the day actually no tip of the century- don’t call me fucking crazy!

There is sadly still a lot of people out there who are still very closed minded and think mental health issues are just a load of nonsense, well I had a run in with one of those people.
I was having a conversation with someone who I see on my bus everyday and usually we get on just fine the usual chit-chat like, how are you? English weather eh what a pain in the ass. Well the other day a man got on my bus that is one of those people who everyone knows in the local area. This man is well-known to have mental health issues and unfortunately we live in a world where apparently that is everyone else’s business. Well this person turned around and scoffed at me and grunted fucking crazy people!
Ohhhh did I see fucking red, I grunted straight back fucking closed-minded people. Said person looked at me utterly confused, I sat up from my sit and moved as far away from her as I could.
This made me think a lot about how acceptable it seems to be to call a person crazy, a lot of people say it in passing and its generally laughed at. But if a person was to comment on someone’s colour, sexual orientation, age and even size, most the time and I am not saying all the time, there is an uproar. But when a person is called crazy that is ok? Fuck that!
People with mental health are not fucking crazy and from my experience they are the most caring, sensitive and giving people in this world. They deal with invisible illness that controls every aspect of their life and most the time do it with a smile.
Well rant over, but seriously things do need to change with the way it is acceptable in society to make fun of someone with mental health issues, it shouldn’t be ok or the norm to call people crazy. But you know what I rather be classed as a crazy person then a closed-minded hypercritical asshole who thinks it is ok to judge another human being by an illness they have no control over having, see it is not nice being judged. So really am I the crazy one or is that you? Ok rant wasn’t quite over with but it is now.